Today, Benner’s would like to take a moment to honor our longest tenured employee, Juan Pol, of Elizabeth, NJ. Juan has been working at Benner’s Auto Body as a technician tackling heavy collision repairs since 1995.

With 23 years experience at our Cranford-based body shop and decades more, having spent his childhood and teen years working at his father’s auto repair shop in the Dominican Republic, Juan is a true expert in his field.

In fact, Juan is one of Benner’s three prized Tesla technicians, obtaining the highest level certifications to work on these vehicles. Benner's is one of the few T-certified repair shops in the tri-state area.

Juan remembers Joe O’Neill Jr., now the owner of Benner’s, as a kid at the shop. Likewise, Joe’s memories of the shop are filled with Juan. 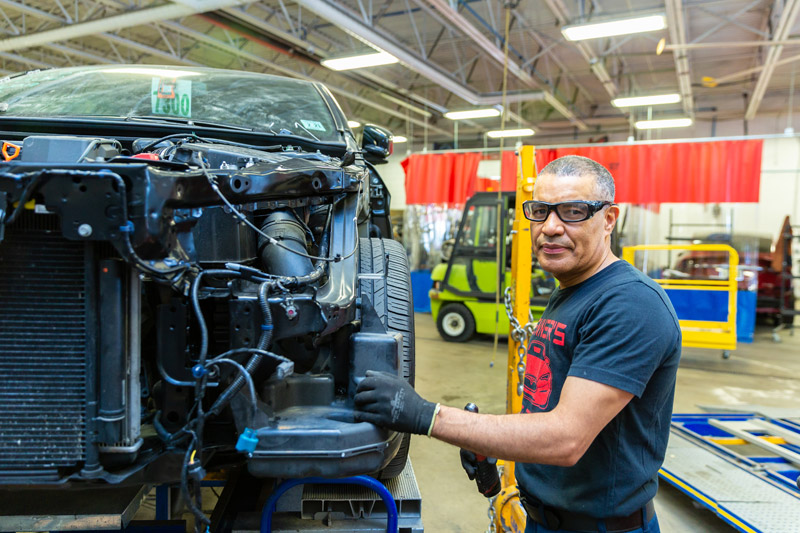 “Juan has always been synonymous with Benner’s,” Joe said. “Any memory I have of this place, he has been a part of that memory.”

Juan has also been an asset to the Benner’s team, acting as a translator and mentor for solely Spanish-speaking technicians with great promise. He has helped several Benner’s employees over the years to learn to speak the English language and has guided countless bodymen from entry-level techs to full-blown A-level technicians, the highest achievable level for auto body technicians.

Juan says he loves working at Benner’s because of his great boss and everyone respects each other.

Juan added that he likes every aspect of his job equally, especially the challenge of framework jobs.

In his spare time, the 53-year-old loves long road rides on his bicycle, spending his weekends completing 50 to 100-mile rides to the Hudson Valley. While some of the team like to tease him about his healthy drinks and juices, but we can’t argue that he is in the best shape out of the bunch.

Juan is soft-spoken, humble, and skilled. And that’s why we love him and are grateful to have him as part of our family.