As part of Benner Auto Body’s support of NJ Veterans Network and participation in the National Auto Body Council’s Recycled Rides program, we are proud to donate a 2016 Honda CRV to local Marine and father of four, Mike Perise.

Mike is a 35-year-old Marine living in Highland Lakes, NJ. He is a single father of four—three daughters and one son—ranging from the ages 8 to 18.

Mike served four years active duty and eight years inactive. His time was spent at Camp Lejeune in Jacksonville, NC as a heavy diesel mechanic. His final rank was E-3 lance corporal. He received a medal of good conduct.

Following his career as a Marine, he put his experience to work and began working at an auto repair shop. But, slowly the shop began cutting his hours to a level where he could no longer support his family. Mike said this is when his life began to spiral downhill.

“It was very hard to come back from that,” Mike said.

After reaching out to countless nonprofits serving veterans with little assistance, he found NJ Veterans Network, VFW 4662 in Warwick, NY, and Backpacks for Life.

“I’m very thankful for these three organizations,” Mike said. “They helped me out tremendously and got me back on my feet.”

The only thing left in his way from truly becoming self-sufficient was a reliable vehicle.

For the last three years, Mike has been employed as an ironworker with a local union, making efforts to better his life and his family’s. As a single parent, he is juggling taking care of his children, his full-time job, and going back to school as an apprentice.

Three days a week, he gets up at 3 a.m. to drive an hour and a half to work, then 30 minutes to school, then an hour back home, walking through his door—exhausted—at 10 p.m. But, his truck had 240,000 miles on it, and was racking up more and more daily on his long commutes. The only reliable thing about his truck was that he could count on it to break down, causing him to call out of work.

This began affecting his paychecks, and then his living situation. He and he family were on the brink of eviction when NJ Veterans Network and Benner’s Auto Body stepped in with the assistance of the National Auto Body Council’s Recycled Rides program to donate a 2016 Honda CRV to Mike and his family.

“It has been life-changing,” Mike said. “I can make a full week’s worth of work. It gets me back and forth from work and school. I live up in the mountains, so it can be very hard of vehicles. I am very grateful.” 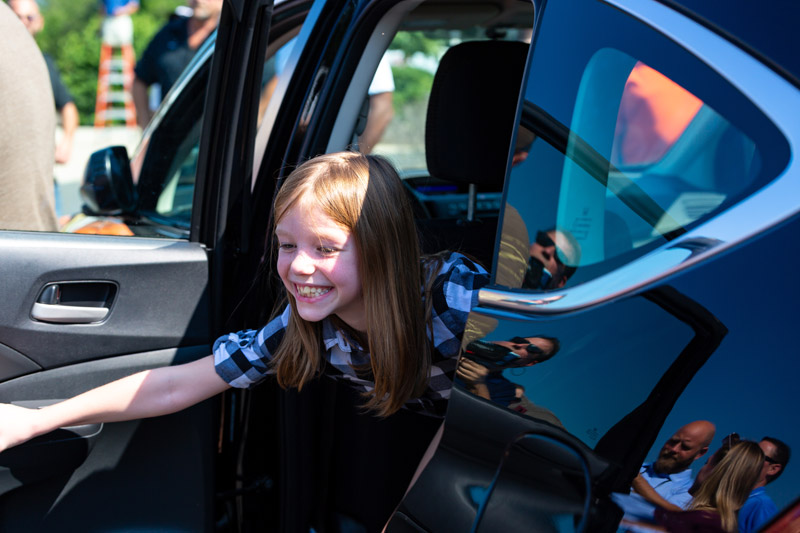 Ever since he was a little kid he wanted to join the service, Mike recalled. 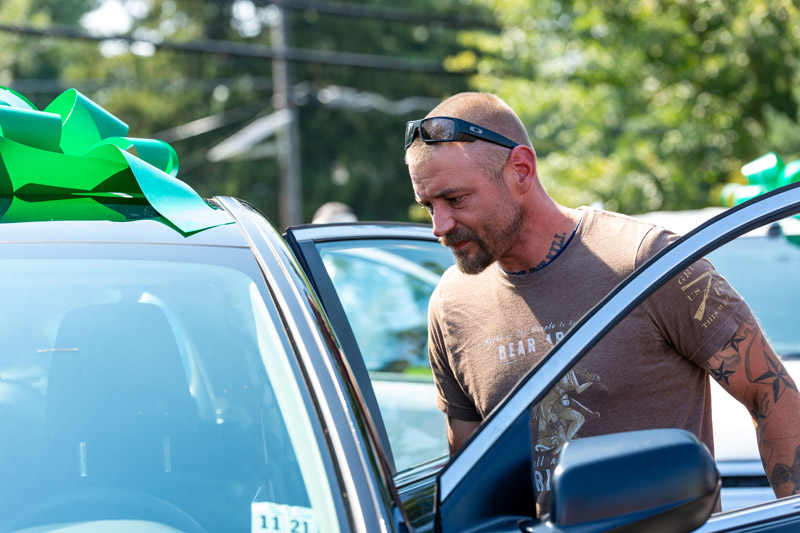 He said becoming a Marine has taught him discipline and drive, and he has applied those traits to fatherhood and being a single parent, “a different twist on motivation and will to survive,” he said.

And with a new vehicle, we know he won’t only be able to survive, he'll be going places. We are honored to help get him there.